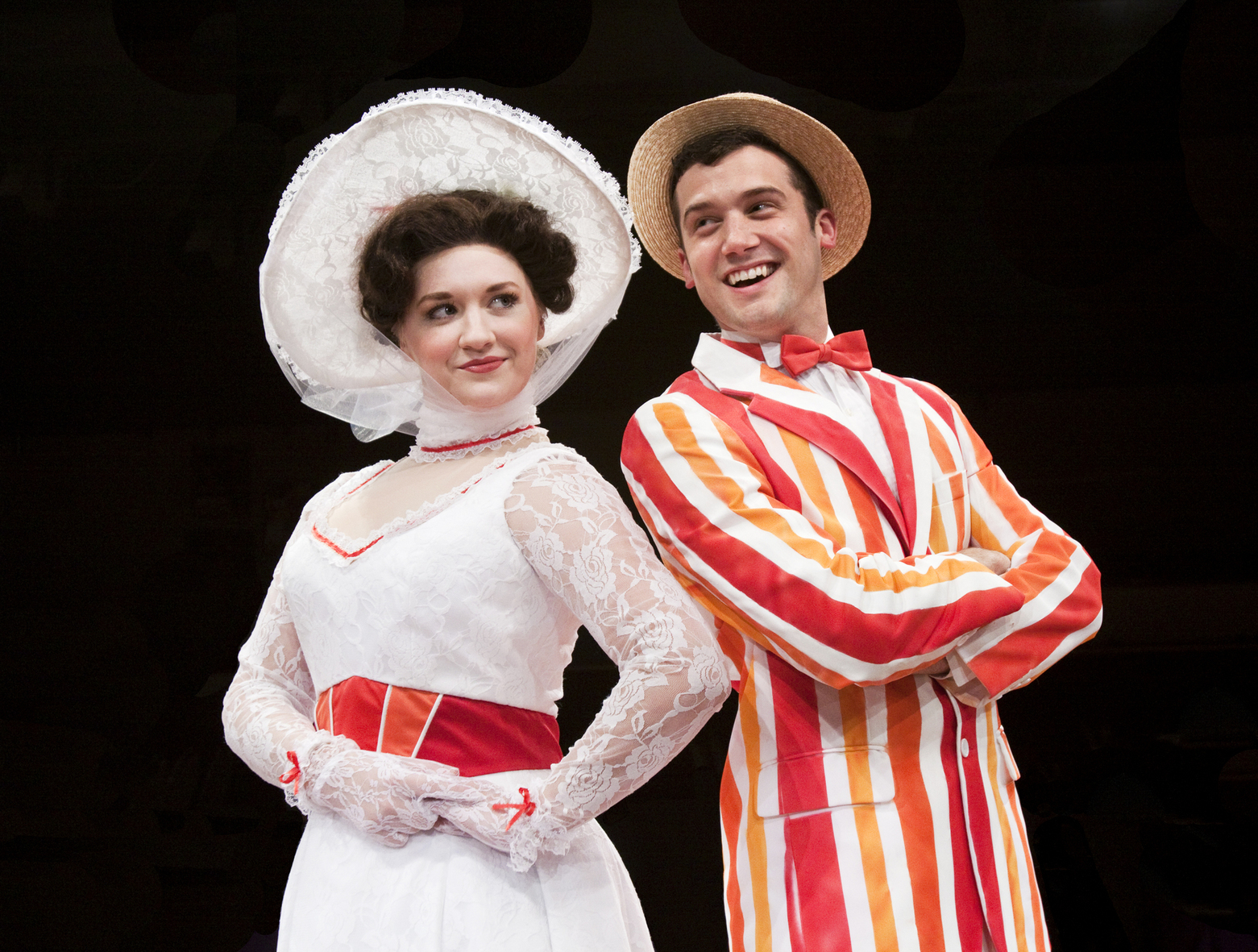 Derby Dinner Playhouse is the theatrical entertainment leader in both Indiana and neighboring state Kentucky, noted for their professional productions of Broadway musicals and lighthearted comedies. Each dinner theatre production comes alive with the magic of lights, costumes, a live orchestra, and a stage full of professional performers.  Derby Dinner operates with approximately 130 employees, working in the restaurant and theatre portions of the business.

Great Tradition!
Derby Dinner Playhouse is proud to be one of the oldest and largest continually operating professional dinner theatres in the country. For over 45 years the theatre has served the Southern Indiana region and Kentucky by reaching out to more than three million people. Derby Dinner opened in 1974 under the general management of Carolyn Thomas. In 1985, Thomas opted to purchase the Indiana dinner theatre with partner Bekki Jo Schneider, and in the last 30 years attendance has grown to over 200,000 patrons per year with over 10,000 season subscribers. The theatre is currently run by Producer, Lee Buckholz, and Cynthia Knopp, General Manager & Co-Owner.

Great Food!
Derby Dinner’s freshly-prepared, home-style buffet features Classic American Cuisine.  Selections include a full salad bar, a variety of vegetables, fish, fried chicken, turkey, hot rolls, and beverage. Take your time as the “Footnotes”, Derby Dinner’s own talented vocal ensemble, entertain you just prior to the stage production.  A full bar and delicious desserts are a specialty of the house.

Great Entertainment!
Over the years, Derby Dinner has delivered high quality entertainment that has included such well known productions as “Disney’s Beauty and the Beast”, “Cats”, “The Odd Couple”, and many more!  Innovations in programming are continually being established to create a younger and more diverse audience. Derby Dinner has also produced every single one of the top 50 Broadway musicals of all time, including “Oklahoma!”, “The Sound of Music” and “Annie”.  There are eight mainstage shows running Tuesday through Sunday year-round.  Derby Dinner also presents four Children’s Musical Theatre productions, twelve musical concerts a year, and a Performing Arts Academy runs year-round and offers Musical Theatre and Acting Workshops for students ages 7 to 17.

Great Fun!
Family and friends can come and celebrate a birthday, anniversary or just to gather for an evening of conversation. The atmosphere is engaging and casual to allow people to enjoy one another. There is also a Gift Shop where unique items for everyone can be found.

Derby Dinner is proud to be a member of the National Dinner Theatre Association. Visit www.ndta.us.